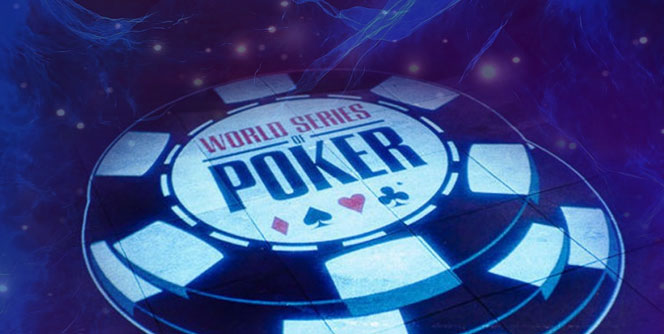 By Ivan Potocki at January 4, 2019 1:32 pm
5 Minute Read
Every year, the World Series of Poker Main Event gathers thousands of players in Las Vegas. Every single one them puts up $10,000 (in one way or another) to compete across the full week of play for their shot at big money and prestige that comes with winning the title. Major European Poker Tour events also attract people from left and right, many of them winning their seats online and traveling to play in a big event, often filled with hardcore pros who play at least one of these events every couple of weeks. For many poker fans, it is the dream to get at least one shot in one of these major tournaments. Rubbing elbows with other hopefuls and sitting across professional they often saw playing on TV, there is definitely something magical about these events if you love the game.

Anyone Can Have His or Her Day on the Felt

Poker is a strange game in that anyone can get lucky on a particular day (or across a few days) and run away with the title, even when playing in a field of much more experienced players. At the end of the day, it is a skill game where the best players will prevail in the long run, but in a single tournament, anything can happen. This idea that anyone can win is exactly what made poker so popular in first place. Many of us still remember the legendary Moneymaker feat from 2003 and the effect it had on the popularity of Texas Hold’em. If a (poker) nobody could become the world champion and outlast all the tough pros in the field (including dispatching Sam Farha, the man we all know too well from many episodes of High Stakes Poker), then anyone could do it. If you sat down with the toughest players out there and played a cash game against them for seven days straight, the odds are, you’d be walking away with empty pockets. But, in a tournament, where escalating blinds force the action and players don’t have a chance to come back once they bust, their advantage is significantly diminished. It is this dynamic that makes major tournaments so popular with recreational players and fans of the game. Anyone can have his or her day on the felt and run away with the title with little help from Lady Luck!

A Shot at the Big Score

Most major poker tournaments come with large prize pools, with those finishing in top three taking home six and seven-figure amounts. Not unlike winning the lottery, this is life-changing money for most players who aren’t professionals. But, even for the pros, these are significant amounts of money, well worth their time and efforts. The difference between lotteries and poker tournaments, however, is that poker gives you some level of control over your own destiny. You can’t pick cards you’ll be dealt with but it is entirely up to you what you’re going to with them. A mix of some luck and good decisions at important times can help you reach that coveted final table and have your shot at the first prize. You may not be as good of a player as Phil Ivey, but that hasn’t stopped people from winning a big tournament before. Even the best players make mistakes and they can’t see through your whole cards, so anything can happen once those cards are in the air. There is no need to really talk about how much of a life-changer this kind of win can be. We could all do with a few extra hundred grand in our bank accounts. Oftentimes, these lucky winners go on to give professional poker a shot as well and, for some of them, it works out just fine. So, apart from the money, it can be a thing that completely changes your lifestyle and goals.

An Experience to Remember

Although money and titles are always in the focus, even if you don’t win, playing in a major poker tournament can be an experience to last you a lifetime. The atmosphere in the room and at the tables is really something else, especially if you’d never had a chance to play in one of these events. Everyone’s buzzing with excitement and adrenaline. As players bust out and the dreaded bubble approaches, the excitement reaches a whole new level. Short stacks are looking to hang around and make some money, big stacks are looking to take advantage of the fact, and if you’re lucky enough to have a decent stack at this point, it is really a special feeling. The thing is, many recreational players get into these tournaments with big five and six-figure buy-ins for just a few bucks. There are countless online satellites these days and in almost every major tournament, there are dozens, if not hundreds, of players who got their seat for like $20. For them, making it past the bubble and pocketing a few grand is a huge return on their investment. Sure, from a hardcore professional point of view, it doesn’t matter all that much if you make it past the bubble. They’d rather make money than not, but, in the end, they are primarily concerned about making the final table and being in with the shot at the title. But, if you’re someone who got in for $20 and got an all-expenses-paid trip to one of these tournament locations, being in a position to fold a few hands and make $5,000 or $10,000 is one of the best feelings in the world. Whatever happens after that, you will be walking away a winner, with a few extra grand to your name and an experience that is likely to make the list of best experiences in your life.

You Can Have Your Shot

Back in the day, getting in a major poker tournament required a big bankroll or saving up money for a while and then putting it all on the line for your shot at the glory. Today, however, almost anyone can get a chance to play in one of the majors, if they really set their mind to it. If you register with any large online poker room, you’ll find a bunch of satellite tournaments to various live events. Often, you can get started with these satellites for as little as $1 (or even less). So, if it is really your dream to get in one of these tournaments, you don’t have to risk a lot of money to do it. You can start small and work your way up. Of course, this isn’t easy. If you start at the lowest level, you’ll have to go through several tournaments before you make it to the main satellite where you’ll be fighting for the actual seat in a major event. But, if you set your mind and heart to it, you’ll likely catch a good run of cards eventually and get there.

From the Pros’ Perspective

In every big tournament, there is also a bunch of professional players. For them, this is just another day at the office but pretty much all of them would be over the moon to win the title and the money that comes with it. Their perspective may be slightly different and they may not be as excited about the whole thing but they still care a lot. Good pros know that there are many amateurs in the field. They know they are better than these players but are also aware that poker gods can be fickle at times. So, they’ll bring their best game and do whatever they can to win, but every time those chips are in the middle, anything can happen. A bad card on the turn or the river can change everything and send them packing. Pros are used to this feeling as you’ll bust infinitely more tournaments than you’ll end up winning. Some even have it in them to be happy for the amateurs making a deep run even after they bust them with a worse hand. After all, they’ll get many more chances in their careers; for the lucky player sitting across them, this could be their “one time.”

Conclusion: Is It Your Time to Make Poker History?

Chris Moneymaker started a trend back in 2003 and, since then, countless amateurs followed in his footsteps. There are many players who made their way to the “big table” for just a few bucks and then proceeded to run super-hot, running away with the title and a bag full of money. Some of them were actually pretty good players. Others, not so much. But, in the end, it didn’t matter all that much. They may have made some wrong moves along the way but they made them at right times and cards fell their way. Some of these players may not be cut out to be professionals but they still had their day and had achieved what so many dream of. And, yes, you (and I) could be the next to make the list. This is exactly what makes poker so great and attractive. Whether you like or dislike tournaments, there is no denying that they enormously contributed to the popularity of the game. Major poker tournaments can help make dream come true and offer an experience that every poker fan out there can appreciate. If you’re dreaming about taking a shot at it, I’d say, why not? Try to find some online satellites for tournaments you’re interested in playing and start at the level you’re comfortable with (money wise). With a bit of luck, you could be the next qualifier traveling to Las Vegas, Monte Carlo, or the Caribbean, making your mark on the poker history.