Thinking About Kick-Starting Your Poker Career? This Is How You Start! 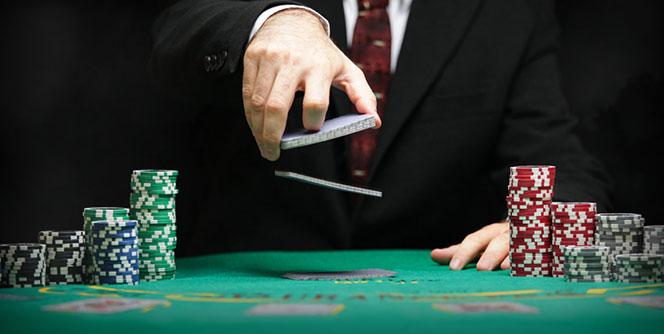 Playing poker for living can certainly seem like a dream come true. The freedom that comes with the lifestyle, the fact you’d have no boss over your head, and the ability to earn more and more money as you move up all seem very appealing. And, I won’t be the one to tell you it isn’t so!

The life of a poker player certainly has many perks but people often focus on these and completely forget that every single coin has two sides. Things often appear much better when you’re looking at them from the outside and goals seem much easier to achieve until you start taking actual steps towards achieving them.

If you’ve been thinking about all of these things and considering kick-starting your poker career, I’ll try to offer some useful advice in this blog. As someone who lived exclusively from playing poker for two years, I do have some interesting and valuable (I should hope) insights to share. I don’t want you to take this as expert advice but rather as friendly suggestions from someone who has some idea of what he’s talking about.

Be Honest About Your Abilities

The very first thing you need to worry about when thinking about taking up poker in a serious way is your own playing ability. If you’re someone who believes there is money to be made from poker (which there is), then you know the money comes from playing better than your opponents. So, do you really play better?

There is no shame in admitting that your level of play is currently not high enough to consistently beat the games you’re planning to play. In fact, this is the first thing every serious player needs to consider. If, after careful consideration, you come to a conclusion that games you’re currently playing could be too tough, this is no reason to despair. You can always:

Pride Comes Before the Fall

The reason why it is so important to be honest with yourself is because there is no point in turning to poker full time if you’ll be playing in games you aren’t able to beat. This will cause you to lose money, it will frustrate you, and can reflect badly on other areas of your life.

Of course, sometimes it isn’t easy to actually know if you’re good enough to beat the games. We’ll cover this in the next section. However, if you have any doubts, you’re likely playing in games you shouldn’t be playing in. A part of your planning should include finding the games where you make most money per hour or per hand.

Good poker players don’t go out there to prove how great they are. They go out there to make money – as much money as possible. This is true even if you aren’t overly concerned about money because money is simply the measure of success in poker. The number of successful bluffs or great folds that you make along the way is irrelevant on its own – it is only important when you translate it into how much money these decisions made you over time.

Figuring out What to Play

Most people considering a serious poker career already have a decent amount of experience under their belts so this blog won’t be talking about how you should first learn about starting hands, positions at the table, etc. If you don’t know any of these (and many other) things, you aren’t ready to take up poker seriously.

So, you’re someone with a decent amount of experience and have been playing a bit of cash and a bit of tournaments, and may have even dabbled with Pot Limit Omaha. Now that you’re thinking about taking things to the next level, you should probably figure out your main game format and primarily stick to it.

First and foremost, are you planning to:

At this point in time, the difference is quite enormous. Online poker has become very tough to beat past the smallest stakes so I would suggest that live is the way to go if you have a casino or poker room nearby. Of course, they’ll need to have enough traffic for you to put in enough hands or play enough tournaments, but live games are much easier to beat on average.

The next step in the process is deciding between cash games and tournaments. Both have their upsides and downsides so the ultimate choice is down to your ability and preferences. Things to keep in mind when deciding are:

In the end, of course, you should go with what you feel most comfortable with. If you’ve been playing tournament 90% of the time, don’t just transition to cash games and expect to do well. Stick to what you know and look into your results to determine if your results merit your decision. If you aren’t a winning player right now, you won’t become one simply because you decided to “become serious.” This may not be what you want to hear, but it doesn’t work that way.

Don’t Rush into It

Many people simply make the decisions and move on to the execution without proper planning. That old saying that if you aren’t planning ahead, you’re planning for a failure really holds true here. If you made up your mind to take up poker seriously, there is no reason to rush things. Poker isn’t going anywhere in a foreseeable future so you can take your time.

The whole idea of freedom and no boss is so alluring to people that they’ll often make irrational decisions and quit their jobs to start playing poker. This is very rush and financially irresponsible at the very least, especially if you’re someone who’s never played for a living before.

Instead of doing this, I’d suggest taking some of your off time and devoting it to poker, be it online or live. Yes, this might be somewhat exhausting, but it will at least give you an idea of what to expect when and if you do decide to go full time. Once again, be honest with yourself about your results and your expectations. You need to be winning some money at least; if you aren’t, you should look into first signing up for a training program and improving your game.

Whether you’re playing full time or on the side, if you’re serious about the game, you need to have a part of the money reserved for playing. This is your poker bankroll and its size determines the kind of games you should be playing as well as your skill. Even if you’re a very good player, you shouldn’t be playing in the games where you can only afford five or six buy-ins.

Always try not to dip into your poker money for other expenses. Treat this money as non-existent unless you’re going to use it to play poker with. This is the only way you can approach poker seriously and expect to succeed and move through the levels.

In any job, you want to advance and get to better paid positions. In poker, you’ll achieve this by becoming a better player and growing your bankroll, allowing you access to bigger games. So, always try to add a bit extra to your original amount.If you have a job as well, I’d suggest keeping all of your poker money in your bankroll so that you can eventually reach a point where you can really turn to poker full time and expect to make decent money from it.

It’s Called a Grind for a Reason

To wrap things up, you’ve often heard professional poker players refer to the game as a “grind.” This isn’t something someone just came up with for no good reason. Professional poker is a grind in every way imaginable. You need to play long hours, be mentally prepared to suffer many bad beats, and continuously study and get better to stay ahead of the competition.

Even if you can beat a particular game today, it doesn’t mean things will stay the same tomorrow, and this is something professional players understand very well. If you’re really serious about poker, you should be aware that many hours of your week will be spent studying your hands, thinking about your plays, and figuring out how you can win more.

If all this still sounds appealing and you feel up to the challenge, once again, there is no reason not to give it a go. Just make sure to keep your expectations in check and approach it in a reasonable and responsible manner and you’ll be good to go.