How to become a professional Baccarat Player 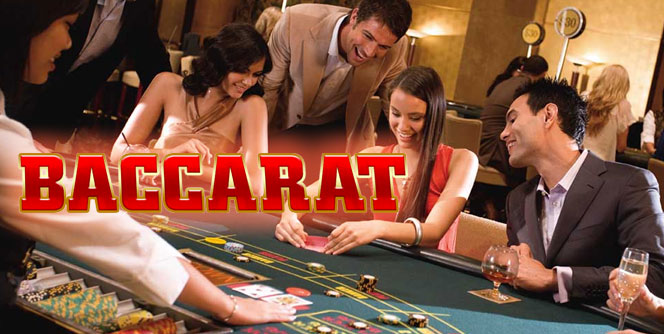 Baccarat is one of those games that when you think of a player, you likely think of someone wearing a bow tie, with a dry Martini in their hand.

If you want that to be you, read what I have to say.

Baccarat is one of the games where you’re playing not only against other players, but also against the house.

Within the game of Baccarat, the aim is to get cards with a value that is as close as possible to, but not higher than the number nine.

Cards with the numbers 1-9 have the value written on them.

10s and face cards are worth no points.

And aces are worth 1 point.

People who’ve made it work

As with most other games of this type, the majority of players don’t take it further than a hobby. However, there are a select few who have become good enough to reach the professional level.

Akio Kashiwagi used to be a real estate agent in Tokyo who lost and won millions in the game. When he played, he always do so with signficant amounts of money.

Phil Ivey is known for playing poker, but he’s actually made more from Baccarat. In one game he managed to win $9.6 million!

Simple breakdown of the rules

At the start of the game, everyone tries to predict who will win that round. The Players or the house (Banker). Or they can take a risk and predict a tie.

The cards are then dealt (2 for the bakers, and 2 for the player). The winning cards are the ones that are closest to the number 9.

Books to read on it

If you want to get really good and know all of the tricks, then books can be a great place to start. Here is a list of just a few of the books that you could read if you want to improve your baccarat skills.

How to become a professional

Of course, reading books is great, and I would never in a million years tell anybody not to. But the reality is that reading books alone cannot make you a better player.

The only way to get better at doing something is to do it. And the first step to getting good a Baccarat is to start playing Baccarat.

At this stage, your main concern needs to be understanding the basics of the game, and enjoying yourself. You probably won’t be making a significant amount of money from this, but if you keep up at it, that can begin to change.

Find others who are better

When you start to get good, and you decide that you’re enjoying it, you can start to play against players who are slightly more advanced.

You can find such people in your local casino, or even via social media platforms such as meetup or Facebook.

When you start playing against these types of people, you’ll need to be at a certain level. And once you continue to practice, you’ll eventually reach the standard where you’ll be able to play against the best of the best. And even start making a living out of it.

Why you should want this

Baccarat is one of the classics. Although some of the rules might be slightly difficult to wrap your head around, once you manage to do so. You’ll be on track to becoming an incredibly happy and skilled player.

This game combines risk, mathematics, team spirit, and sophistication. Although you might loose some money at the start, the amount you can make in the long term will more than make up for it.

And as with every other game on the planet, it’s so important that you keep on enjoying it, and you continue to have fun!

Baccarat is such a fun game. And if you play it right, you can go home with a lot of money. Playing at the highest level can take time and practice. But if you want it and you stick with it, there’s nothing stopping you from next step – finding where to play baccarat.