Four Types of Gambling Personality You’ll See In Every Casino 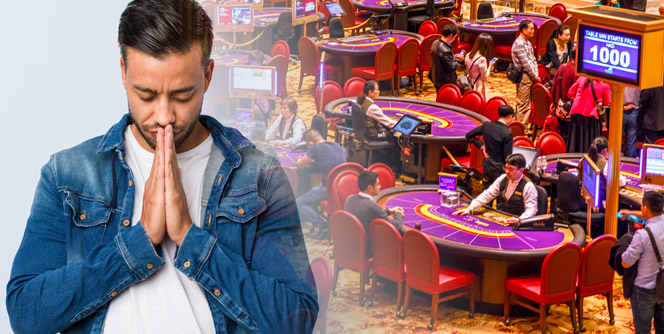 One of the best parts of playing at casinos, aside from winning money, is all of the interesting people you get to meet. Ask any casino veteran, and they’ll tell you that some of the strangest, most interesting, and finest people in the world can be found around a craps table or holding a cocktail at the casino bar.

Yet, despite all of the diversity and variety found in typical casinos, there are a few core personality types that you’ll find everywhere you go. These are stereotypes to some extent, but they turn up a little too often for it to be down to chance. See if you recognize any of these casino characters as you read on.

The casino game geek knows the game he is playing inside out and upside down. He could play it with his eyes closed, and he understands all of the intricate details of the games. If you ask him a question, he has the answer.

There are two variants of this character. The first is introverted and keeps himself to himself. You’ll have to prise information out of him. The other is more talkative, and he will tell you all about the game as you play. From the house edge to the RTP, to what the rules are, to how to beat the game, he can be a great source of useful information if you’re a new player.

Don’t underestimate how seriously some players take casino games. This type of character might have dedicated years of his life to mastering blackjack or poker. Mine his brain for all the game information you can, but if he’s the talkative type, don’t let him distract you or advise you how to play your hand. The wins and losses are on you in the end.

Casinos are rammed full of players who just have to bet one more time before they leave. They’re either on a roll and want to milk it for all it’s worth, or they’re chasing losses and want to see if lady luck will show on that one last spin.

This type of gambler comes in all shapes and sizes. They could be playing $1 roulette spins or feeding $100 bills into a slot machine. The one thing they all have in common is that they find it incredibly difficult to stop gambling once they start.

If you want to identify these compulsive gamblers in the casino, hang out until the wee hours. You’ll often find them playing blackjack and spinning the reels until dawn. Be aware that they tend to get deep into the games they’re playing, so unless they start a conversation with you, it’s best to leave them alone. They’re there to feed a habit and socializing is often seen as a distraction to them.

The internet is flooded with them, and so are online casinos. The casino conspiracy theorist is absolutely certain that just as the fifth symbol was about to fall into place on the progressive jackpot slot machine, somebody switched something and screwed her over.

Like all conspiracy theorists, this character can be a paranoid type. She’s likely aware of every trick the casino plays, even the ones she has made up in her head. If you allow her, she will convince you that you are being screwed over on every spin, hand, and roll of the dice.

Of course, you’re not. Licensed casinos don’t run rigged games. Sadly, she’s likely to be a problem gambler. The reason she is like this is that she never quite wins the big payout, and she has convinced herself that the only way this is possible is that the games are fixed.

If you prompt her, she might also tell you that Oswald was a patsy and that Jackie pulled the trigger on a mini-gun concealed inside her handbag on that fateful day in Dallas. After all, conspiracy theorists rarely believe just one conspiracy!

You’ll find social gamblers in the casino at all hours, but mostly they come in later in the evening. They’re likely to be in a group of friends, and they’ve probably had a few alcoholic beverages and a night on the town.

Social gamblers like to talk. They’re there for a good time, some entertainment, and the casino experience. There’s a good chance that if you’re sitting at the same table as them, they’ll strike up a conversation or joke around with you.

Social gamblers can be a lot of fun. Just don’t hit the booze too hard with them if they are drinking. That’s one of the cardinal rules of playing in casinos – stay sober at all costs.