Fine Art of Adjusting Your Play to the Table 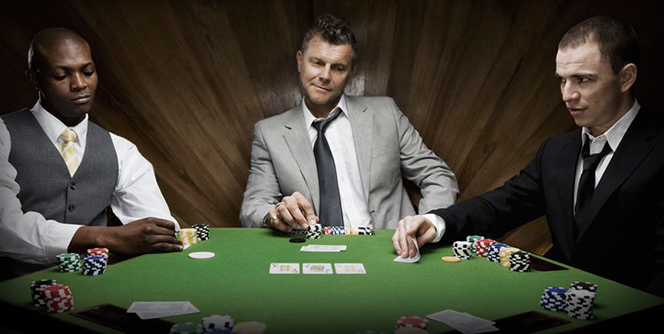 Playing good poker primarily has to do with math. It is about knowing how to pick good starting hands, figure out your pot odds, and determine if the risk is worth the reward in terms of chips or cash. However, if poker was just a mathematical game, it probably wouldn’t attract as many players as it does.

Many things in poker are situational, i.e. determining what the best play is considering your current table. Sometimes, what’s generally considered a bad play could become a correct play with a particular table setup. As a poker player, you need to be able to figure these things out quickly and act accordingly to maximize your bottom line.

This is particularly true in live poker, where you have to make decisions on the fly. Online, we have access to various tools that provide us with information about our opponents’ tendencies, such as their VPIP, PFR, and other colorful stats. Live, however, we can usually rely just on our intuition, experience, and, sometimes memory, if we’d played with a particular player or players before.

The first step in the process of adjusting is figuring out your table. In live play, there is often the tendency that most players will adopt to the general trend, so if there is a lot of limping, they’ll be happy to limp along. If somebody’s doing a lot of raises, players are likely to mimic this style and start raising themselves. This, of course, isn’t true for good and experienced players, but many live tables are filled with recreational players who don’t have an actual style of play.

They just go with the flow.

So, what you need to do is quickly figure out what’s your table like and start preparing adjustments. There are two ways you can go about it:

Both approaches have their own merits and both can be profitable. Generally speaking, it is probably best to mix between the two, so that sometimes you’ll take advantage of the tendencies and sometimes you’ll be dictating the play and forcing players into playing a style they aren’t comfortable with.

Going with the Flow

The first possible approach is realizing what the table plays like and figuring out what is your best way to take advantage of the situation. For example, in a scenario where there is a lot of limping and almost no raising, you can afford to see many more flops then you would usually and look to rake in big pots when you make strong hands.

Usually, limping is bad in poker, but if you find yourself at a really passive table, you can afford to deviate from the rule. A good player will usually have a tremendous advantage after the flop, especially in position. You won’t even have to flop big every time as you can win some big pots with well-timed semi-bluffs and putting your opponents on the hands. This can be a somewhat risky approach, though, as people tend to be sticky in live games, so be prepared for some light call downs.

On the other side of the spectrum, sometimes you’ll run into a crazy table, where every hand will see a raise, re-raise, and few callers. In these situations, your best bet is laying low and waiting for big hands before the flop. Although it may be boring as you’ll have to fold a lot, trying to mix it up with them with some speculative hands can lead to some really sticky situations.

So, by simply understanding the table flow and adjusting your play, you’ll gain tremendous advantage. For example, on a passive table, you should limp a lot of hands from the button. There is no point in raising weak hands because you’ll get called in several spots, so you’re now just playing a bloated pot with a weak hand.

On an aggressive table, don’t become just another guy putting the chips in and praying. Instead, let them do your bidding and when you get a big hand pre-flop, don’t be afraid to put your chips to work. Oftentimes, your re-raises will get you huge pots without even having to see the flop because their speculative hands can’t take that much action.

A different approach you can take is by forcing them to play the game they’re not comfortable with. On the same passive table, you could be the one doing all the raising and forcing people to put more chips in. They will not like it and it might even frustrate them. The frustration leads to mistakes and their mistakes mean more chips for you.

That said, trying to take control comes with certain risks.

People might see you as someone “spoiling the game” for them, i.e. not letting them play the way they’re used to. This will create a target on your back and people will be looking to bust you. This can work to your advantage, of course, as they might dust off a lot of chips towards this effort. However, your bluffs might not work as well as you’d like them to.

In a live setting, you should also be ready to take some verbal abuse if you adopt this approach. Just keep in mind that people don’t like being pushed out of their comfort zone and they’ll make sure to let you know. Don’t worry about it too much and just keep doing your thing as long as you’re raking in the chips.

One great thing about poker is that it is such a dynamic game. Things are in a state of constant flux and you need to be aware of everything happening around you. Even if you figure out your table, you can’t just assume you’re done for the session.

Everything can change all of a sudden.

For example, you can get a new player who is very aggressive and, within 10 or 20 hands, everybody’s playing a different game. Or, one of the players from the original setup goes on tilt and starts raising every hand to force the action. You need to pick up on these things before everybody else and look to profit on the shift as soon as possible.

I’m not saying that an extremely passive table is likely to suddenly become super-aggressive but it is enough for a couple of players to get tired of limping (for whatever reason) and the entire atmosphere changes. Pots become much bigger and you can no longer afford to limp profitably because you can expect a raise behind you.

This is the time to shift gears and return to a more traditional approach. However, you can still look to limp-raise your very strong hands. Other players at the table aren’t likely to notice your shift in play because they’re still stuck in the mode of trying to limp and see flops cheaply, hoping there won’t be a raise behind them.

Apart from figuring out the general table mood, you should always pay attention for individual players’ tendencies. Observe how they play in different spots and try to figure out their general patterns, such as:

These and other observations will help you navigate those pots you’re involved in. Figuring out individual players will tell you where most of your chips will come from in different spots. Against players who never fold, you can always bet big for value – they don’t care about the sizing; you should let big bluffers try “pull one on you” when you have it; those betting big when they have it – just fold against them and don’t try to bluff-catch against all odds.

What’s really great about all of this is the fact figuring out all these things isn’t that hard at all. In fact, for someone with even a little bit of experience, it shouldn’t take more than 30 minutes to an hour to build player profiles in your head and have a pretty good general idea about everybody else’s tendencies.

Stay Away From the “Sharks”

Every now and then, you’ll find yourself at a table with other one or two good players. A mistake many players, even some experienced ones, make is trying to put these “in their place” and show them who’s the boss.

While it may be good for your ego to try and outplay someone who you believe is a good player, this is definitely not good for your bankroll. Trying to get involved in the pots against players who will put you to a test is the last thing you want to do. With so many great spots to choose from, why would you let your ego dictate things instead of your reason?

Conclusion: Always Look Beyond Your Cards

Although we all know there is more to poker than the hands you’re dealt, it is often easy to forget and simply play your cards the way you’re used to. By doing this, you might be missing out on some great opportunities to get involved with some hands that you couldn’t play “normally,” but you can now, thanks to a particular table setup.

On your path to becoming a great poker player, it is important to always keep in mind that hands you’re dealt don’t define your success; it’s what you do with those cards. In the long run, everyone’s luck breaks down evenly (more or less), so the question becomes how many pots you can win that don’t “belong” to you?

The ability to adjust to your table is one of the key skills that will help you with exactly this. Instead of being overly focused on starting hand charts and pure mathematical equities, be open to other possibilities. Deep down, poker will always be about math and numbers, but the way your table plays is the factor of the big poker equation and it needs to be included in the calculations for the math to work out!