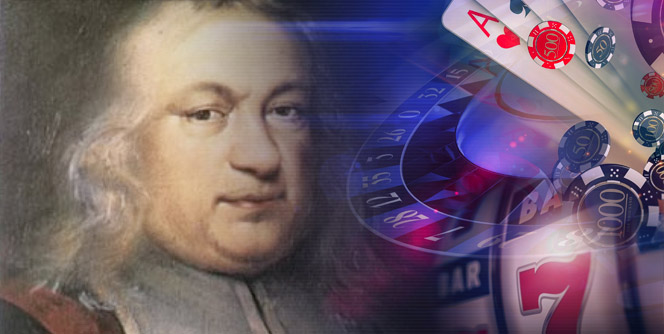 Pierre de Fermat. He is famous for his theory of probability, his problem solving for the popular game gambler’s ruin, and the connection between him, Blaise Pascal, and Pierre De Carcavi.

It is interesting to know more about Pierre de Fermat. Especially, because many people are getting confused between him and Pierre de Carcavi. This is everything you need to know about de Fermat, from his early life to the solution to the probability that he and Pascal concluded. Changing a casino game that we are still playing at the best casinos in the world.

Pierrde Fermat was born in August 17, 1601 in Beaumont-de-Lomagne, France. He died on January 12, 1665 in Castres. He was a well-known French mathematician. He is also called the founder of the modern theory of numbers by many people.

One of the reasons why he was famous and why he is known as a genius, is because he was the sole Fundamental principle of analytic geometry and the inventor of the differential calculus. Pierre was also the co-founder of the theory of probability. Because of him, mathematics changed forever, and he started a chain of new inventions of math and science.

His life and early work

About his personal life, there isn’t much information and documentation on. He was a private person that doesn’t tell much about his personal life, and it wasn’t documented as well.  There isn’t any information if he was married or if he had any children. The only things that we know about him, is what he achieved in his professional life and work.

We know that he studied law, had a fascination for different languages, love mathematics, and science. And, he was also known for the restorations of lost works of antiquity, like long-lost Plane Loci of Apollonius, the Greek geometer of the 3rd century BCE.

His theory of probability

Because of the conflict of the game gambler’s ruins, Pierre de Fermat and Blaise Pascal started to get solutions for the theory of probability. He and Blaise started to document, and communicate with each other, discussing their methods of theory.

At the end of the day, he and Blaise Pascal both co-founded the theory of probability and finally get the solution for the game of gambler’s ruins. A dice gambling game that is played until today at the best casinos in the world. There were many discussions, debates and communication between Pascal, de Fermat and de Carcavi about the theory of probability. With them inventing the theory correctly, people are now able to make calculations to win more games like the dice game, gambler’s ruins.

The casino game that changed it all

What was the original game that was starting the discussion and the calculations to get to the theory of probability? It was the simple dice game that was played in casinos, Gambler’s ruins. Many people were confused about the rating of winning and losing. Why so many people are winning, while others are just losing the game.

This is because of this game, during the early 1600s that changed how people think, calculate, and consider probability.

The connection between Pierre de Fermat and Blaise Pascal

The connection between Pierre de Fermat and Blaise Pascal? They were both mathematic geniuses and they both were interested to get the solution for the theory of probability. And, they both co-founded the theory at the end of the day. Putting all their research together and find a solution to probability and winning more games of gambler’s ruins.

They were both born during the same era, living in the same country and have the same love for math and science. And, they love getting answers for things that don’t make sense to normal people.

Pierre de Fermat wasn’t just a man that had a passion for mathematics, but he also has a career in the parliament. He served in the local parliament at Toulouse, becoming councilor in 1634.

Pierre de Fermat. He and Blaise Pascal uncovered the secret to probability. Uncovering why some people are always winning and why others are always losing. They co-founded the theory of probability. And, give people a new perspective over the dice game, gambler’s ruins. Making a difference in the world, even until today when we are playing the dice game at the best casinos in the world.