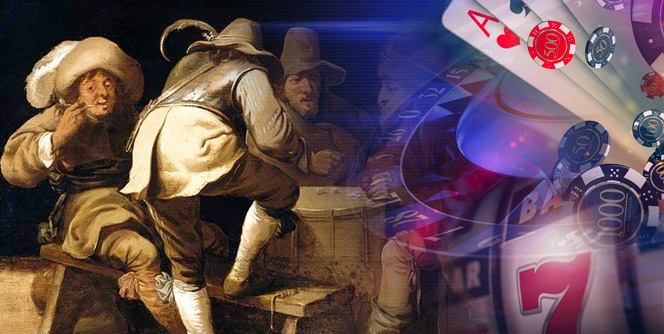 For those that are obsessed with gambling, will know the name Chevalier De Mere. This is a huge and famous name in the gambling world and also in gambling history. He was a man that didn’t take losing very well, and he tried to figure out why he always lost in a certain dice game.

This is why he became famous. This is because of his answers to the game’s calculations and odds, that he is known as one of the famous people in gambling history. His name is next to Blaise pascal, because of a certain connection that these two people have with each other. This is all the interesting information about Chevalier De Mere and the impact he made to the casinos, even today.

Who was Chevalier De Mere

Who was Chevalier De Mere? This is the first thing that might come to your mind. And, what does he have to do with gambling and the history of gambling?

For those that don’t know, Chevalier De Mere isn’t his real name. The name that he was born with was Antoine Gombaud. He was not a nobleman, but he decides to change his name to Chevalier that means Knight. This is was because he wanted to do this for his character in his dialogues who represented his views. His friends later called him Chevalier De Mere. He was born in 1606 and died on December 29, 1689. He was known as a French writer but became popular because of his love for gambling.

What connection does he have with Blaise Pascal?

When you read about Chevalier De Mere, you will find that he and Blaise Pascal’s names are linked together a lot. The question is what connection had the French writer Chevalier to do with the Mathematic genius Blaise Pascal?

With Chevalier starting to play the popular dice game and starting to lose all the time, he was wondering if there are any reasons for losing. If he is doing certain calculations if he can start changing the game so that he can win more. He contacted Blaise Pascal and asked for assistance with the calculations because Pascal was the mathematical genius of the time.  Chevalier and Blaise started working together on the project. To create a solution for the dice game.

The dice game of Chevalier De Mere is still being played today. This is a popular dice game that you can find at any casino, all over the world. This is also available to live online casinos.

Blaise and Chevalier find that with the first game, there are only six possible outcomes.  Their calculations show that out of 100 games, Chevalier has a change of winning an average of 52 of the games, if he is doing his calculations correctly. With the second game of dice, the odds are higher. Then, there are 36 possible outcomes instead of only six. Out of 100 games, Chevalier will only win an average of 49 games.  They have learned that the first game of Dice is going to give a higher chance of winning, than when you are playing the second game of dice.

The summary of Chevalier’s dice problem

And, with the right calculations, he will know if he is going to win or lose the game before he can lose money on betting. Making it easier to play the dice game and winning more than what you are losing.

At most casinos, we are still playing the game today. And, because of Chevalier De Merre, it is now easier to calculate if you are going to win or lose. The rules are still the same, but the gameplay has changed. And, this is all thanks to Chevalier De Merre and his strive to win more dice games.

One of the most popular names in gambling history is Chevalier De Merre. This is because of his search for answers in the Dice game that he has been playing all the time. With the assistance of Blaise Pascal, they figured it out and De Merre started to win more than what he lost. And, many are using their calculation methods today for winning dice games at gambling sites.