The History of Legit Online Casinos in New Jersey 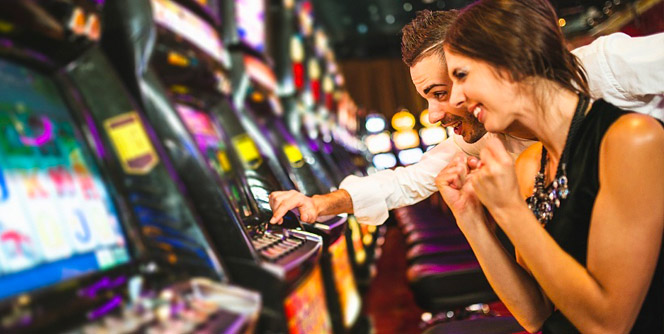 New Jersey is a state with a long history of being more permissive of gambling activities than most regions of the country, besides Nevada. Before they were outlawed in 1844, the local government used lotteries to fund the military during two wars – the French and Indian War and the American Revolution – as well as the college campuses that would eventually become Princeton and Rutgers Universities. Additionally, New Jersey boasts the oldest racetrack in the US. Freehold Raceway was hosting horse races as far back as the 1830s. Eventually, the state went through a series of legislative changes that resulted in the prohibition of gambling – with a ban on all commercial gambling activities passed in 1897.

Gambling Begins to Grow in NJ

However, these new rules did nothing to end the legacy of gaming in New Jersey. Instead, the industry went underground and continued to grow as a significant income stream for organized crime. Enforcement of the state’s anti-gambling laws was minimal. The ban on gaming was lifted in 1939, when New Jersey residents voted to legalize betting at racetracks once again. From there, more activities gradually became legalized:

Atlantic City saw its first casino open in 1978, and for the next few decades, saw the city explode in terms of growth and tourism. For a period, the New Jersey city owned a monopoly on legal casino gambling on the East Coast. It wasn’t long before there were sixteen casinos in operation in the booming resort town. However, gaming continued to spread throughout the country, with more and more states either legalizing gambling or allowing casinos on Native American reservations. The added competition chipped away at AC’s advantage, costing the city millions per year. With the gambling bubble bursting, the coastal town went into decline. Nevertheless, the bill was vetoed by Governor Chris Christie for being too open to interpretation – his fear being that nightclubs, bars, and other establishments would merely set up computer terminals, “becoming gambling hubs around the state.”

While Governor Christie may have vetoed the bill that would have made New Jersey the first state in the nation to legalize gambling, he didn’t close the door on the topic altogether. Quite the contrary, Christie just wanted additional regulations added to the legislation, banning the advertising of online gambling outside of Atlantic City. However, if legalizing online gambling was going to, in effect, make gaming available statewide, the Governor wanted to put it to a vote. He wrote: Senator Lesniak began working on new legislation in 2012. At first, two bills were introduced: Senate Bill S1565, and Assembly Bill A2578. The Assembly bill went on to be passed by the New Jersey legislature for their second attempt to legalize online gambling.

After the bill passed through the legislature, there were still some adjustments Governor Christie wanted to make. He conditionally vetoed the measure, but with the promise that, in the end, he’d sign off, passing it into law. These minor changes included raising the tax rate on operators’ revenue from 10% to 15%, toughen regulatory oversight of casino employees, and dedicate additional funds to preventing gambling addiction. Lesniak, the primary sponsor of the bill, went about working on the changes with local legislators, saying, “This will give a big boost to Atlantic City, which has been bleeding revenues for the last few years, and will really give a lifeline and save thousands of jobs.” The amendments were added to the bill and passed by the New Jersey Legislature one last time. Finally, Governor Christie signed the online gambling bill into law on February 26, 2013. New Jersey became only the third state in the US to legalize internet gaming.

Since 2013, online gambling has become a significant source of income for the state. As of 2017, — only four years after legalization – New Jersey has generated over $100 million in tax revenue. Best of all, the money earned through internet-based gaming is serving its intended purpose. The substantial profits have been going towards paying down Atlantic City’s hundreds of millions of dollars of debt.

In 2016, a constitutional amendment was proposed that would allow casino gambling outside of Atlantic City. According to Fitch, a credit-rating agency, the new legislation would be devastating for AC. They predicted that allowing new casinos to be built throughout the state would result in at least four of the city’s eight casinos being bankrupted. Proponents of the expansion argued that the new gaming establishments would generate an additional $200 million in tax revenue that would be redirected to Atlantic City. The amendment came to a vote in November 2016 and was soundly defeated, with over 77% of voters choosing “no.”

Today, online casino gambling is the most vital form of gaming operating in New Jersey. At the end of 2018, the state’s licensed internet casinos enjoyed their most dramatic growth since legalization in 2013, increasing annual revenues by $56 million, taking the total to $277.3 million for the year. 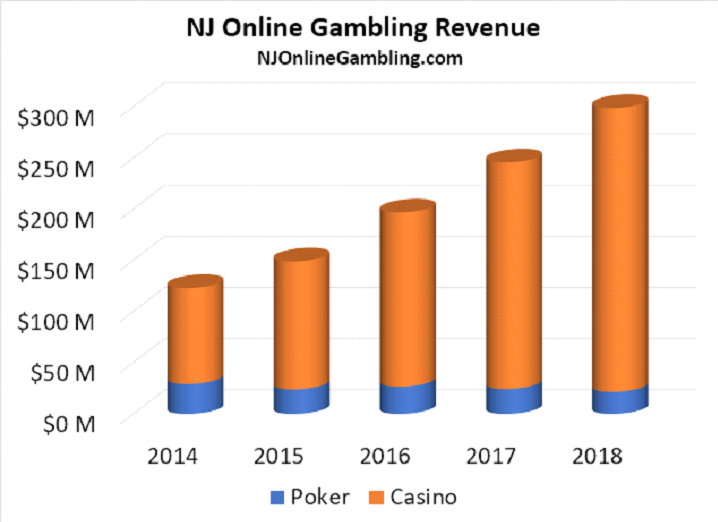